When I travel, besides the fact that I want to extend
my horizons in terms of knowledge and experience,
I simply want to have a short story to tell about how I made my trip interesting.
That "story" that you tell to everyone and they would respond this way,
"That is really something to tell."

As I saw the label beside my name on the vacation leave
notice on the bulletin board at work that said, "APPROVED" last March,
I already thought about how I'm going to make my vacation to Los Angeles
memorable (for me) to blog about. Just like the rest before.
And how I could make it exciting!
PROJECT!!!!!
So I called my sister right away to ask for her opinion. It took us 2 days to figure out what to do.
We considered the following...
1. I just have 8 days all in all to spend.
2. I have to hold on to a tight budget so I could spend more for SHOPPING. (Lol!)
3. My sister and my mom would be at work most of the time.

We decided that we should visit places where movies have
been shot or that we should try out movie-inspired experiences.
What I'm saying would make sense as you read thru.

Remember this?
Of course...
Who wouldn't remember how "A Walk to Remember"
had given us scenes/conflicts in the movie/storyline that we can relate to, huh!?
(Ex. being sick, being in high school and struggling to belong with peers,
having strict parents, being in love and wanting some changes in our lives.)
This particular scene was remembered by Khrista (my sister).
We were headed out of Vegas at the time when she
pointed out to this sign and suggested about it.
And so, it would be fun to do the same thing they did.
Being in two places at once. 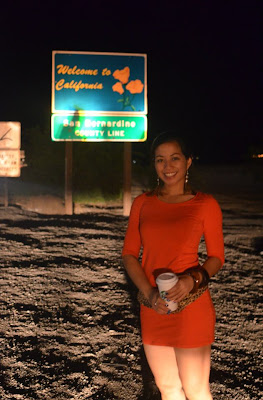 I didn't straddle a line because it was too dangerous.
I have to literally stand along the highway to do that.
We just took the less risky one.
We had to slow down from running a high way speed
then parked for 10 minutes at least, just to capture a good photo.
It was already 9pm that time so my sister had to adjust
her head lights to give us a little lighting effect. Hehehe!!!!
My mom took this.

"A WALK TO REMEMBER" scene, achieved!

Guess what's next in line... 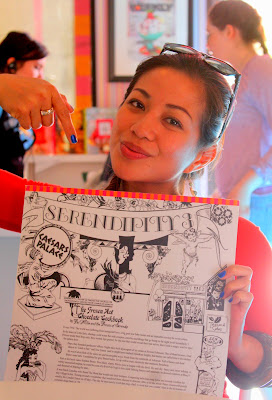 Yup, the next one is experiencing my all time favorite holiday flicks,
"SERENDIPITY", starred by the ever gorgeous Kate Beckinsale
and the chatty John Cusack (or at least, just in certain movies). 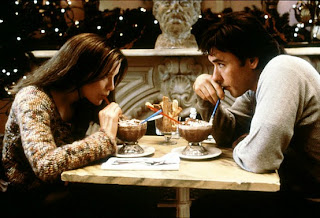 The one I visited is in Vegas, not entirely the same one
that they shot the movie in (which is in New York)
but the Frozen Chocolate which was worth lining up for,
was available there too. General merchandise was also displayed upfront.
It looked preppier and more colorful though than the New York one which
looked a little bit fancy for me. Or at least, they
made it look like that in the movie.
I wonder where the one in Florida is patterned from. 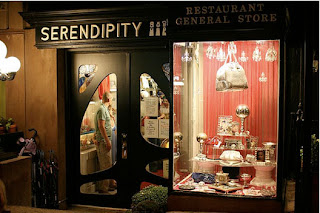 Not a fan of dessert and we were pretty hungry so
the meal that we had there is basically, for late lunch already.
I ordered this and it came with a fortune cookie that said,
"Never give up until you reach the finish line."
I considered not giving up in finishing my project. Hehehe!!! 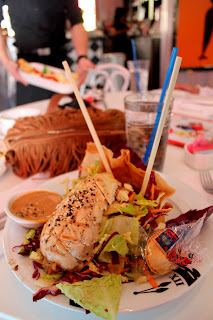 Now, if you'd notice, the restaurant is actually named, SERENDIPITY 3.
I thought the "3" there stood up for the 3 restaurants
that are up at the present. But actually, it was named
after the 3 legendary princes of Serendip (Sri Lanka) which the writer
Sir Horace Walpol of the 18th century coined serendipity from.

The restaurant besides being colorful and preppy served good food.
I loved what I ordered. The fish was fresh and it was grilled just right.
My niece Ashley was given activity materials while
waiting for our food. She didn't get bored. 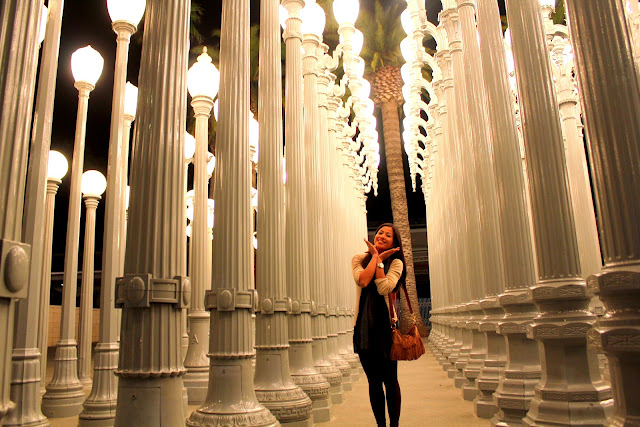 AAAAAHHH!!! This was so nice!!!! The "Urban Lights" of the LACMA museum!!!! I loved it! It was so good to be there where Ashton Kutcher (one of the hottest men for me) took Natalie Portman (superb actress) for their first formal date in the movie, "No Strings Attached". I love outdoor art, I've always been a fan and I suggest for all tourists visiting Los Angeles to take a photo here ... It's really something!

Movie No. 4 - "THE INDECENT PROPOSAL"
This particular area where you check gaming status like:
RUGBY, NFL, HORSE RACING and everything else
was in this movie when the husband was starting to regret letting
Demi Moore go to the very rich Harrison Ford in the movie.
We walked thru it and it was a long strip. 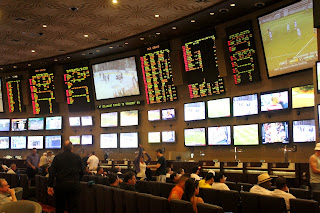 Along with that, Vegas in general reminds me of one of my favorites also....
"WHAT HAPPENS IN VEGAS" - which is Movie no. 5.
We stayed in Planet Hollywood when we were there and
they also shot the movie from there.
Proven true when she showed up the tissue where
"Jack and Joy 4EVA!"
on a ph tissue which stands for Planet Hollywood! 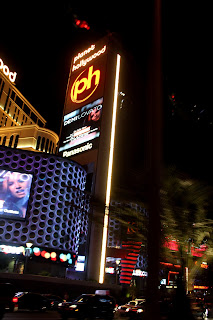 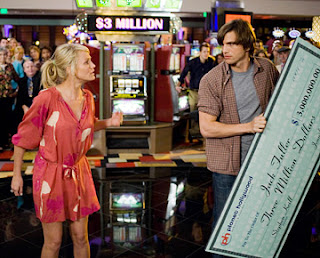 So many places we tried to go to but like what I said,
we've had our own share of prohibiting factors.
It's hard not to be able to drive myself around.
Ahahaha!!!! But I shared this for the other travelers to somehow
be aware of the places they go to because most likely,
you've seen these places in the movies and it's fun to check the
shoot location for yourself.

Have fun seeing the world!!!!