Imagine how satisfying chocolate melts in your mouth. Imagine how that first kiss lingers as it numbs your senses. Think of how the sun, with its orange and purple glow, sets so slow in front of your eyes. You ask yourself, do I deserve such perfection that I know no matter what I do, it won't last that long?
With this fast paced world, a trending noise has  been created and favoured. We don't even stop and spend time savouring a good weather, more so, the rain. We neglect the power of a good conversation with a stranger in the train because we're busy with our phones. We are often preoccupied that we let nature take over right before our eyes without even admiring the course of change.

There's too much noise and this is what makes Jesse Hamilton Jr. stand out with a critical ear as he launches his own album entitled, "Come Croon with Me". With a mindful precision he has for his  first album, his music strives to let go as a form of expression, yet promises to keep you holding on because it can soothe you into taking a breather, to reconnect deep within yourself. Just like how chocolate is, that first kiss and that perfect sunset, Jesse presents his music following his instinct aiming for a natural flow and sound. He wanted the most authentic music to be delivered to the ears of his audience as how they should hear it from his live performances. His passion is to make this dream happen... and he did. 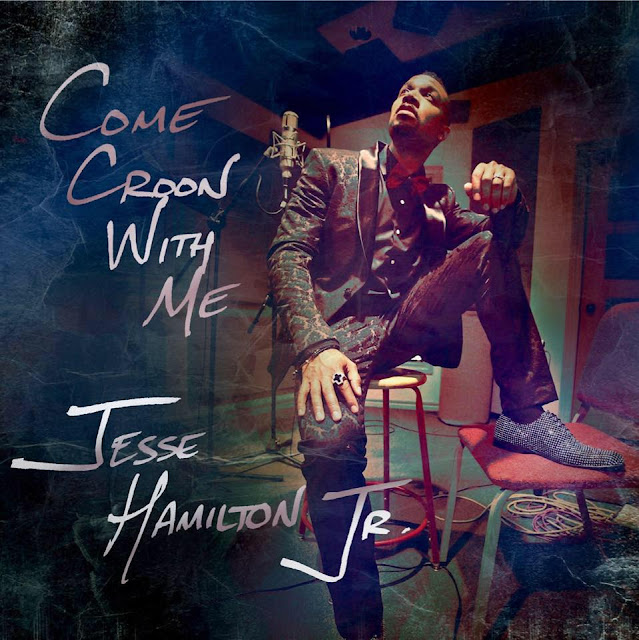 It wasn't long ago that I had featured PhilDMusic, Ariel Reonal, Ela Lisondra and Aaron Jan Mercado of their influence and success hailing music and another inspiration had graced kytedalino.blogspot.com of its renowned talent. With a long line up of performances he had graced this world with, I am in awe to be able to have an online interview with JESSE HAMILTON JR.

Jesse knew what he wanted to be since he was young, a privilege denied to many and an achievement right then and there.

Seeing his dad onstage ignited his drive into becoming a performer himself. Coming from a family of musicians, he dawned as a star right from Philadelphia where he was born and raised. He grabbed every opportunity starting from doing solos in church and singing in school bands. He never wasted time as he learned how to play the clarinet, the saxophone, and the drums from grade school then high school all the way to college. Such dedication is unfathomable that a music scholarship was granted unto him provided he keeps making each professor's jaw drop. And boy did he achieve that! He was taking up Public Relations (Florida State University, Tallahassee, FL) while he was majoring in Vocal Music (Florida Agriculture & Mechanical University, a.k.a. FAMU). Having a toss between the two universities, Jesse remained focused and determined in achieving his dreams that he became part of Florida A&M Marching 100 and the FAMU Essential Theatre. Now how's about that for a start?

Everybody has to start somewhere and what's truly admirable in this phase of Jesse's life is the determination in juggling all his classes "and" participating in so many extra curricular activities and excelling in them. At an early age, stardom is promised to him as he gets trained in different aspects of life: relating to the public, being dynamic in pursuit of academic excellence and the key element of how I know him, balance. He has balance. He's insane enough to push for what he loves to do and he's sane to remain grounded, opening himself up to learning, change and input from the people that surrounds him to attain a better version of him not only as a performer but also as a friend. He jokingly admitted, this perhaps is the reason why his goals change each year but that's one of the remarkable talents he possesses. Flexibility. Otherwise, he wouldn't be able to fight for the music that he wanted to create.

Being part of the marching band and being able to perform in numerous events, choirs and church services, Jesse was a budding triple threat. He knows how to sing, act and is a total performer overall. Auditions short after graduation led him into gracing Walt Disney World's Festival of the Lion King stage of his youthful energy as a lead vocalist, friend of Simba. Everyday for him was a privilege to be able to perform in front of thousands and thousands of people because it established his endurance on stage and it strengthened his performance skills. The million dollar question goes: How did he do it?

Jesse puts intention in everything he does from the core and he transforms it into something extraordinary leading him to being one of the most sought after theatre performers. This opened him into embracing even more challenging roles.

Comedic roles and being a villain were gems that continuously added glitter on Jesse's crown. Aboard Carnival Cruise Jesse was given a platform of rediscovering himself over and over. Not long after cruising 3-16 day voyages around the Caribbean, Alaska, the Pacific and many more, he was given a huge break of being part of the opening cast of Hong Kong Disneyland's Festival of the Lion King.

The Festival of the Lion King is showcased both in Florida and in Hong Kong but the latter owns a bigger theatre that can hold an audience of 2,200 from all over the world. Jesse had the chance to showcase his talent together with more than 20 dynamic performers everyday since it opened. This had added stamina to Jesse. Moreover, his ability to work up an audience while dealing with a complicated stage had stretched him more than ever as a performing artist. The transition of his voice from being young Simba into an adult that saves Pride Rock from the evil Scar is remarkable. There also came a time that he was challenged to further push himself to becoming the antagonist in this world class story telling theatre show. The sensitive mind setting of switching roles takes a lot of training. But he tucked that with pride under his belt.


ON A MORE PERSONAL NOTE

I have known Jesse as a delightful presence. The first time I got fond of him was when he walked inside a room for a Thanksgiving Party with a platter of shrimp skewers at hand, I instantly felt his warmth. He looks at you straight in the eye when he converses and this is no way different when he's on stage. He instantly can grab people to get hooked because he comes from a sincere place. He is full of integrity. Remember what I said about balance? The ultimate statement that could justify that I guess is that, he makes himself heard thru music and he loves silence that fishing brings. He can be a rockstar and he can be a confidante. He gives sound advice and he pushes and supports you all the way. There's no dull time with him as he is full of positivity. Every person that I meet that knows him speaks highly of him, not just work wise but also with the humility that he exudes.

As a matter of fact, you can tell how humble he is with the kind of submission he dedicates in achieving a goal of bringing authentic "live" music thru his album. The initial project was not producing the quality music Jesse wanted so he had to redo everything from scratch. But every challenging moment gives rise to a better outcome. And the boost came from the original song he had written in honour of his brother recovering from a coma in 2012. He knew he had to release the album but he was in pursuit of a Musical Director (M.D.) that would help him out in putting it altogether. The family from the opening cast of Hong Kong Disneyland came into play. One of the lead vocalists had hooked him up to an M.D. who was very interested at Jesse's vocals. Together they released the album in 2015. In this account, a strong established connection had helped him big time. If he was too arrogant in producing the first produced album, it could've been too much of a risk. He stayed humble and seeked the right partner and was patient to trust God's timing. 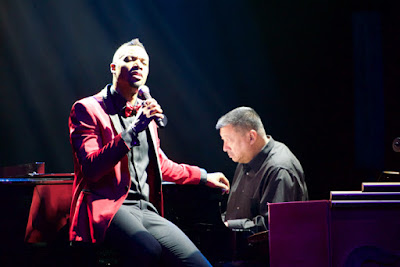 Upon reaching the 12th week mark, "Come Croon With Me", had been purchased 1,000 times over. He was in awe to be selling out in New York, Hong Kong, Australia, South Africa, America and even Russia. With his well established connections to people, it's not a surprise that his music is actually loved. For the crispness of it reflects the dedication of his heart to giving time to what he treats important, friends, his craft and his audience.

But it's not just all work. For Jesse, a stage is also a place of fun. It keeps him grounded, makes him feel alive and most of all, he finds a great sense of achievement every time he gets to hold the mic and perform. It's a cliche to call a performer a ball of fire but this description just fits every number he does.

A PROMISING FUTURE AHEAD

Looking up to legends like Whitney Houston, Stevie Wonder, Luther Vandross and gospel groups like  The Clark Sisters, The Thompson Community Singers, and his most favourite, Patti Label, Jesse is motivated to deliver the same way each time. Putting all his strengths together and realizing that he's a perfectionist, he aims to conform to a great demand for substantial music. May it be pop, rock, ballad, he puts his soul into it. And this had made him able to travel around the world, launch an album and this time, he plans to have a band to travel with him. He may encounter some humps up ahead but he's ready to battle with them as he discloses his secret. He said, "To anyone who's doubting their ability, talent and overall commitment to the arts, I simply say this: The race is not given to the swift but to the one that endureth til the end."

Right now, he's continuously evolving as a "Headliner Vocalist". It is a huge deal for him because he knows that these immense changes are preparing him for what he's trying to achieve for the long term, to be able to spread music and contribute greatly to the industry. 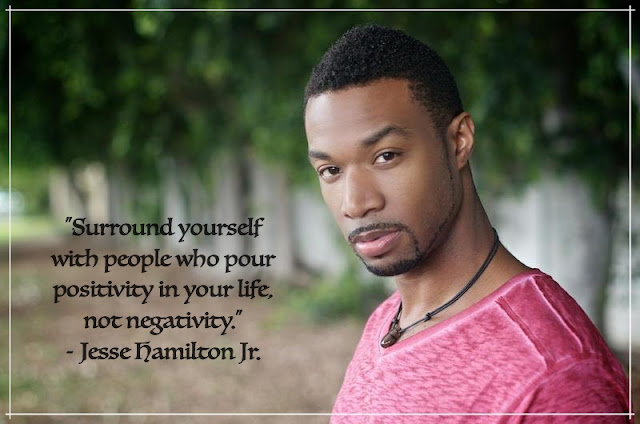 To have residency in Las Vegas, idling in the strip is his north star and he's bound to make these dreams happen because he believes in them and he sees them happening. To this, Jesse says, "Don't let the 'nay sayers' break your spirit."

1. PHIL D MUSIC - A one on one interview South Africa's own, Phil D, recorded on video, a first of its kind here in http://kytedalino.blogspot.com

2. THE HEAT IS ON - featuring Lea Salonga and her glorious days

3. AARON JAN MERCADO - an article featuring how an underdog ended up in London for his debut as a singer

Posted by Kyte at 8:28 AM
Labels: #fabfindfriday, #featureofthemonth, Come Croon With Me, Jesse Hamilton Jr.