Only one in every three people knows how to handle money according to Standard & Poor’s (S&P’s) Global Financially Literate Survey conducted December of 2015. That consists only 31% of the total global population who have access to, had gained knowledge from and is practicing financial literacy.

Manila Times had elaborated that the survey conducted an interview amongst 150,000 adults from more than 140 countries. The lowest percentage showing the least financially literate is 13% from Yemen. Sweden and Norway closed the gap being the first with 71% of their population having an understanding of the concepts about money. Remarkably in Southeast Asia, Cambodia garners the lowest percentage with 18%, joined with Vietnam to be lower than the Philippines with 24% and Singapore has the highest rank with 59%.


Philippines accounts 25% only of its entire population of 102,550,352 (recorded as of Monday, Sept. 12, 2006) to be the only ones who know inflation, compounding interest (savings and loan) and proper handling of a credit card. What does this mean?

According to www.investopedia.com, The Gross Domestic Product (GDP) is one of the primary indicators used to gauge the health of a country’s economy. It represents the total dollar value of all goods and services produced over a specific period of time; you can think of it as the size of the economy. Its calculation could be done adding altogether the income generated by each working individual of a specific country within the year. This is how society’s contributions come to play.

Individual success in handling money depends greatly on how experienced one had become in using this commodity. With experience being the greatest teacher, financial education could build a platform as to where all these experiences could be shared. Experiences don’t consist of achievements all the time. Challenges that may have occurred could be shared as well to be analyzed to prevent errors to occur. As it is truly devastating to make a mistake with your hard earned money, we can all learn from these challenges.

You may say the rich have a lot of exposure to such scarce form of education but information was passed from one generation to another only within their family. The survey also reflected who don’t have access to such education like the women, the poor and the illiterate. For whatever reason, it’s another story, but I want to focus on how alarming Philippines’ 25% is since each civilian is a significant contributor to an economy’s growth.

In the Philippines, no money topic could be considered an easy one to talk about. Some feel awkward conversing about it, some feel uncomfortable and others feel threatened. Needless to say, it speaks a lot about status. The rich people love to talk about money but the barriers are high for the majority which is the poor to take it lightly. Money remains taboo and is still surprisingly thought of as the source of all evil.

Financial Education says otherwise. It suffices the need for understanding how money should be treated as a tool. A tool in creating opportunities for a brighter and secure future ahead while you enjoy the fruits of your labor today. That the amount of salary is not the only determining factor whether you will be rich or not but the strategy you learn in sustaining it and making it grow. In addition, it is imperative to understand a little as to why insurance is needed, how time can help your money grow and how compounding interest could benefit you as you save more. And these are just a few of what financial education can empower you with.

Being aware of a nation’s potential outcome if its entire population becomes financially literate is enough reason to increase the number of learned people as to how to use their money wisely. A world renowned leader Nelson Mandela once said, “Education is the most powerful weapon you can use to change the world.” In consideration of the Filipino overseas workers that surround the globe, this statement of Mandela’s could drive the Philippines into becoming a global success. 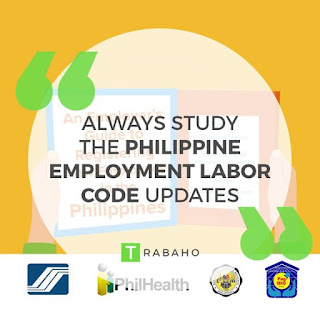 WIKIPEDIA tallied that 13.5% of Philippines GDP came from Filipino Overseas Foreign Workers’ (OFW’s) remittances alone. Remarkably, the Philippines, India, China and Mexico are the largest recipient of official remittances and the Philippines got the largest in proportion to the domestic economy amongst the 4. If the biggest income generator are the overseas foreign workers, then the campaign for advocating financial education should be done aggressively beginning with them.

The overseas Filipino workers leave their families hoping that working abroad could make their lives better. To consider a contract abroad, the salary should be promising enough that it should be a lot more than what they would earn while working in their own country.

So what happens is that, once they receive their first paycheck abroad, it usually goes to paying debts in the Philippines that they incurred to arrange the papers to be able to work abroad. Second paycheck comes, everything will be sent to the Philippines for the family expecting a breather from the usual lifestyle. What happens to the OFWs, they have to do another sacrifice of eating noodles until the third paycheck comes! More likely, the OFW will start rewarding himself with the third paycheck and this practice becomes endless until you are pushed to apply for another loan while abroad. The cycle continues from there… on a larger scale. In the end, with that much number of years away from the family, you will go home without savings nor any form of retirement plan.

If the OFW’s would be taught of and trained on how to save, invest and re-invest which are the fundamentals of financial literacy, it can improve their way of looking at saving and spending. They would see the importance of having an emergency fund which would prevent them from making unnecessary loans. In the long run, individual efforts will improve the Philippines’ current economy big time. Individual efforts put together could give the country a competitive economic disposition. 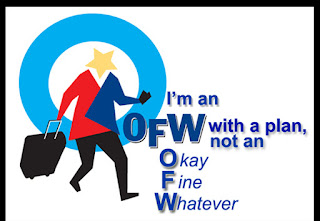 1. A STEP BY STEP GUIDE TO SUCCESSFUL STOCK INVESTING WITH THE EIP COL EASY INVESTMENT PROGRAM - These are the steps I took in purchasing and investing on stocks for those who are interested to know.

2. GET INVESTED IN STOCKS FOR A RICHER LIFE - This features the advantage of peso cost averaging than choosing to be a risky trader.

3. FLOI WYCOCO a.k.a. MR. INVESTOR - The person who had inspired and helped me get my application sent to COL Financial. Read about the way he pushes a #financiallyliteratePH !
Posted by Kyte at 1:53 AM
Labels: #financiallyliterateph, #notearsthursday, how can Filipino OFW's help the Philippine economy with the help of financial education