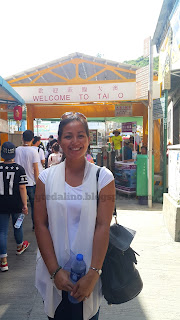 Nine years here in Hong Kong before I had seen the fisherman village of Tai O. The richness of its culture and the old traditional ways that they still practice were enticing for me but along with the depths of its rivers separating the village to two forks, are the many controversial events it went thru.


Here are 10 Interesting Things
You Should Know about Tai O:


1. Tai O is called Hong Kong's own Venice since the whole village is built on a body of water. Most of the time, you need to ride the boat to get from one pang uk to another. Civilisation here started 3 centuries ago and up until now, it remains standing and still gives the tourists some scenic view.


2. Fishing was the Tai O villager's number one means of living during the earlier times Back then there were still 30,000 of them. Currently, it's dying out which brought the population to only 5,000. Livelihood of the locals depend on the traditional shrimp paste and salted fish at storefronts, sought after by tourists. May it be for sale, used in a restaurant or they supply outside town, Tai O offers the most authentic products. For them, this is a gift from the sea.

3. In reaching places, boat trip services are offered by the residents. The Tai O town is big enough to be traveled by boat. From the Tai O Ferry Pier to where the public transportation to the city awaits, it can be covered within 15mins each way. Between the boat ride and walking, I prefer the first one most especially during Summer.

3. Many tourists come to Tai O to see white dolphins for a price of HK$25-HK$35/head. This is because the river opens up to the South China Sea and Macau. If you stand by the lookout area of Tai O Heritage Hotel, you would see one of the bridges of Macau from this viewpoint. This may require you to leave early in the morning though as they come out mostly during this time of the day.


4. During the Stone Age, the inlets of the rivers surrounding Tai O was believed to have been the best hiding place. It also provided the best protection from Hong Kong's unpredictable weather for smuggling and piracy operations to be done smoothly. Though it's hard to prove these claims, this may have been true since in the end, they had to put up a prison for all the illegal activities that had been going on.

5. To keep things in order in Tai Po, a stealth prison and a watch tower was built at the coast near the Tai O pier. This is to guard the village from pirates and people that escape from China crossing the border to Hong Kong illegally.


6. This prison is now transformed into a boutique hotel that has 9 rooms and a restaurant. Once, there was an Indian police that wanted to escape from duty and gunfire was exchanged inside the prison. The prison can be closed concealing access to the 2nd floor from the 1st floor so that rebels would be prevented from escaping. So, when the escapee struggled for his freedom, some shots left a mark on one of the bullet proof gates. It remained to be historical that way including the preserved cell and the watchtower. The prison now is called the Tai O Heritage Hotel.

The hotel is still in the government's actual hold. If there would come a time that a holding station may be needed for anything that may arise (war, strict red alert and suspected piracy), the hotel will submit on its demand with no contest. The restaurant may be put down and everything will go back to its original state.

As of now, it takes pride on being accredited by Hotel Investment Conference Asia Pacific with a Sustainable Hotel Award 2015; for being the winner of Trip Advisor's Traveler's Choice Award 2015 and many more.


7. The boutique hotel was added of a scenic overlooking restaurant where breakfast will be served to the guests as booked. It's called Tai O Lookout. It was named so because during the ancient times that it was still a serving prison, 3 people take shifts within the day to look out for any suspicious and threatening activity surrounding the open coast. According to the tour guide that described this lookout tower, it was almost entirely covered with a small opening for the guards to get in that it didn't offer good ventilation. The guards taking shifts here felt like they were bait for the mosquitoes to feast on each time. Many of whom died not because of any pirate or smuggler attack but of Dengue and Malaria.


8. The Tai O lookout offers a refreshing feeling with its ceiling made of clear windows. It opens up to the natural sunlight to accentuate the wooden carved furniture that formerly belonged to China Tee Club.

When we visited the restaurant, they offered us their specialty which is the Crispy Bun that came with a burger marinated with shrimp paste. This signature dish along with the Sparkling juice that is a combination of strawberry, passion fruit, blueberry and lime are their famous snacks in the menu.


9. The boutique hotel rooms are well equipped with toiletries. Outside, it still has that serene vibe like a prison's but its sleekness and class exceeded my expectation. You would see a prison looking atmosphere outside but inside is a very warm and inviting hideout alright.
10. Tai O has rich soil and promising sea.

The Sea is considered golden with the treasures it gives to the people of the 200 year old fisherman village. Besides the seafood that literally and vastly reproduced no matter how often they fished, opportunities didn't stop there for the fishermen. Drying and preserving had developed into original customs which made the village well known. It had given a local brand 80 years in the business as it attributes rich fields, clear salt and plentiful sunlight in Tai O.

On the other hand, the land gives out fortune thru its crops. The remarkable elixir  that is extracted from Begonia Fimbristipula is one of the most renowned companion of every family in Tai O across all generations, thru good times and bad. This remedial and protective tea is called the Phoenix Tea for it comes from the Phoenix Mountain of Lantau.

The Phoenix is known for aging, dying then regenerating to gain power. Named after it, this miraculous tea tree rejuvenates, detoxifies and fights off the years. It invigorates the digestive system that's why besides its medicinal effect, the people use this slightly acidic flavour as an essential ingredient in appetisers, soups and sautéed dishes. 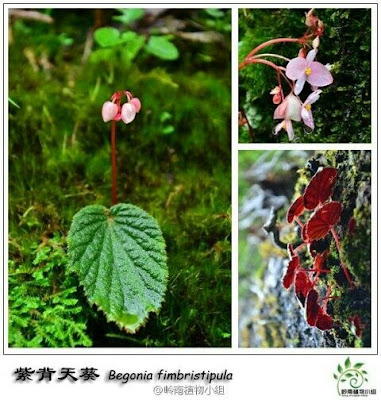 It is such a momentous experience hearing Tai O's history and ancient culture and then seeing how it ended up looking preserved somehow. Tasting their food and seeing the prison turn into a hotel were the most remarkable for me. On the way home, I've purchased a mini bottle of shrimp paste. I'm calling out chefs who are looking for tasty shrimp paste and dried seafood to come down and check it out. I'm calling those who may want to try the elixir of life called the Phoenix Tea for its destressing benefits and most of all, check out the Tai O lookout for a breathtaking view of the South China Sea. Have a taste of a one-of-a-kind shrimp paste marinated burger and see how small the prison was that fitted 15 prisoners altogether before.

Related posts:
1. 10 THINGS I LOVE ABOUT HONG KONG - have a share of what I treasure most about this harbour city!

2. HONG KONG HOTELS YOU NEVER KNEW WERE THERE - featuring Tai O Heritage Hotel (along with other special hotels) if you would like to know more of it.