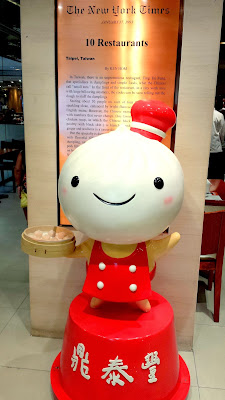 Coming from a 6-day vacation made me miss Hong Kong food. Fortunately, my uncle and his family had come to Hong Kong for a day of shopping sandwiched within the 3 day, 2 night Macau trip. My cousin Ana wanted to try Hong Kong's famous Din Tai Fung since she said it was pretty popular of its food amongst tourists and that a lot of people are lining up for it. She owns an Ig (Instagram) account so she got hold of people's posts describing it was worth trying. I felt curious and was wondering why I have never tried it while I lived here for 6 years! I haven't heard it too.

We were walking along Canton Road and after little navigation via the google maps and after asking for directions, we have gone up to 3/F of Silvercord Building. Located in Shop 130, Canton Road, Tsim Sha Tsui, we were greeted by a proud article from the New York Times and we felt blessed that we didn't have to line up. It was for an early dinner (5-ish) because they had to go to the pier for the ferry to Macau around 7. I was so happy that there was not much people so we got a table right away. I've read reviews about it with a lot of disappointed customers that complained about the waiting time. So, if you'd go there on a weekend and during the 12nn and dinner time, brace yourself for a minimum waiting time of 20 minutes. They have a take-out counter right upfront which was smartly put to avoid crowding, leaving an option for people in a hurry.

Upon achieving a good seat by the window, the view wasn't that promising because all that you could see are roads and cars on the go - not impressive and a bit stressful in general. Tea was served and menu and a dim sum check list were handed. 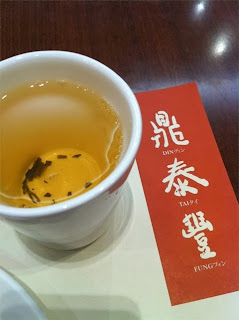 The menu was a little bit pricey I must say. And I didn't expect that it would be limited in terms of choices. I live in Harbour Plaza Resorty City in Tin Shui Wai and my girlfriends and I are fans of Dimsum Breakfast. And Moon Ting Fong had a better list. We got there most of the time since it's the nearest. Because of it too, I kind of know how cheap it could be and how tasty it should be. Our favorite is the xiao lung bao which is the main dim sum offering in Din Tai Fung alongside Shanghainese and Taiwanese food and Chinese buns. So, I encouraged my relatives to order it since it is worth a try.

We ticked that and we had our personal picks. Mine was a Wonton soup, my uncle had a serving of the bitter melon and bean curd (which he thought was pork tripe in the picture and that's what he meant to order - but turned out, it was alright) and white Haianese Chicken.I was surprised that most of it were served cold except for the yang chao chao fan (Yang Chao fried rice) 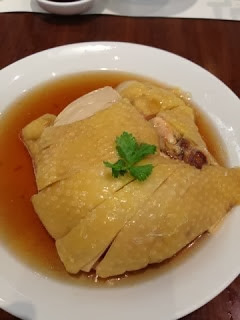 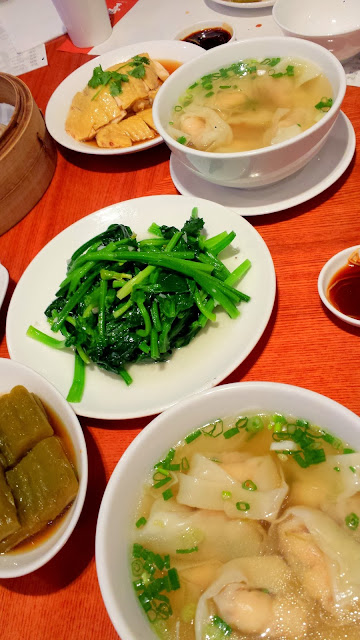 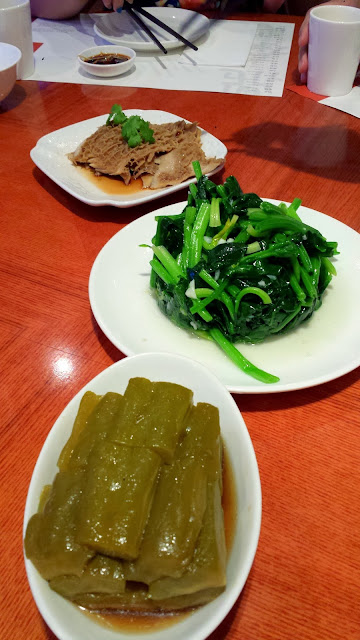 As we ordered, I noticed that the staff understood most of my Cantonese and English, as well so, if ever tourists worry about that, don't fret! It's all good to tell what you want in English and point to the menu if ever you can't pronounce the Chinese term. I am not quite sure though of the taste. And I've tasted much better Chinese tea before. I guess the location favored it to be infamous amongst visitors and locals since it is the nearest authentic Chinese food in the busy street of shops and labels and commercial offices. 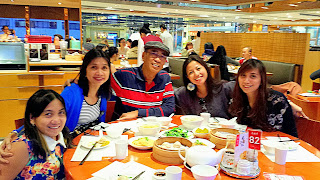 Here are some other important information that may favor you:

The founder, Bingyi Yang, is successful up until today after following up his oil business with his own dumpling business. Din Tai Fung was first built and introduced in Taiwan in 1958 and still uses up the phone line that it was registered into. Now, it branches out to Japan, Singapore, South Korea, the USA and Australia.

Posted by Kyte at 12:14 AM
Labels: #wineanddinewednesday, Din Tai Fung Tsim Sha Tsui, where to eat along Canton road