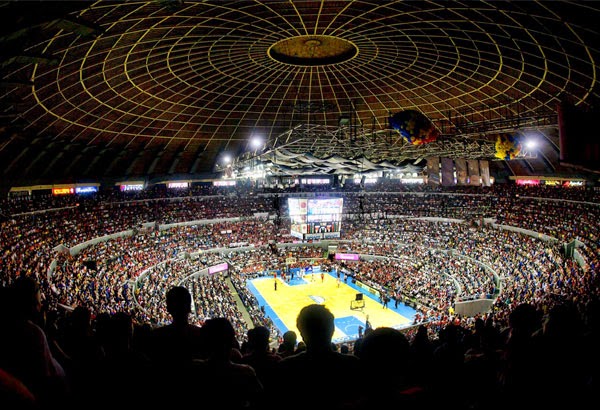 The very first performance I did was in Araneta Coliseum, Cubao, Philippines. It was a wide arena that can hold an estimate of 16,000 people. The lights were bright enough to make me squint before our routine escalated for the half time show for the UAAP Basketball game, Senior Division. It took time for my eyes to adjust but once it cleared, it felt that I was giving in to a calling. I will never forget that mix of emotions - excitement, happiness, eagerness... hunger.

Fast forward to the present, I am now performing at the happiest place on Earth. It is a dream come true.


WHERE IT ALL STARTED

I studied in the University of Santo Tomas all the way from grade school until college. I loved being there. But, my family went thru a financial crisis after I graduated high school. Because I am so attached to my school, I tried my best to get in the Salinggawi Dance Troupe who was offering full collegiate scholarship back then once an applicant passes the try outs and is able to keep a satisfactory academic performance while in the group. It wasn't easy balancing school with extra curricular activities - every active student knows this is a fact. But I fell in love with dancing. I never felt that it was extra at all. It felt more of a purpose that motivated me to pursue excellence in school. OK, except with attendance because I never wanted to miss dancing for half time shows, so I had my share of failure due to absences. In the end, I had to pursue a different course in a different school, lost my scholarship - it was a lesson learned. It didn't stop me. Some of my seniors encouraged me to dance commercially and that's how my dancing career flourished. Now, I am performing internationally, catering to different types of crowds, working with people from different cultures. I almost may be doing the same thing everyday for 8 years but knowing that what I'm doing brings happiness to people alleviating them from any form of stress pretty much kept me going.


Along the way, I have met superbly talented performers. And up until now, I find my jaw dropping whenever I hear co dancers before continuously expanding their gift.

For this post, my rehearsal master (back in my Salinggawi days), co-dancer in Whiplash Dance Company and a senior, above all, Ramon Pagaduan, share a silver medal with a group called Team Pilipinas All Girls Elite. I am truly proud that I know him as the team wins second place all over the world this year from snagging bronze last year in the International Cheer Union. Yearly, they aim to improve to be able to achieve far greater heights.

WIKIPEDIA had officially written that the International Cheer Union is recognised by the Sport Accord as the governing body for all cheering competitions, from its rules, locations, judges up to anything that is in relation to it all over the world. This had reached 3.5 million cheering athletes thru the 105 members of the federation and is continuously honing positively cheering youngsters. This gives the young population something to look forward to as they rediscover their strengths, innovate their routines and enhance their creativity.

The world of dance is so vast that its expression cannot be limited to one genre alone. Philippines for one is not a country that excels in only one genre. So many names have been recognised internationally in ballet (Candice Adea), folk dance (Ramon Ubusan Folkloric Dance Group) and hiphop (All Stars). Since 2014, Philippines had been proving their might at International Cheer Union World Cheerleading Championships ranking Bronze. And as they win Silver this year, I took the opportunity to interview Ramon Pagaduan online to give credit to the group members, team coaches and most especially to add glory to Philippine talent over all. 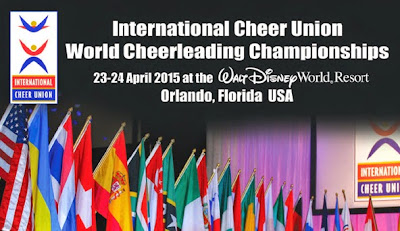 Honestly, I felt more than eager to know how this superb group of young ladies were put together even if it's just thru an online interview. It's a shame not to meet them in person but it us a priviledge to be informed of a little of everything thru Ramon.

Their head coach is Mr. Randell San Gregorio who had been working and brainstorming with a bunch of assistant coaches (Ramon Pagaduan IV, BJ Sayno, & Ivy Tabares) to come up with a strong competitive routine year after year.

The all girls group is composed of members, aged 14-21, both from high school and college levels and were chosen via national try outs. With a strong pursuit of winning gold in ICU, they trained for 2 months, once a week at first (every Sunday). But as the competition drew nearer, trainings got extensive meet ups every day to practice from 10pm to 2am. This was the only time everybody could be present due to classes so it was challenging dealing with rehearsal schedule alone. Being bonded with a common goal, their team captain, Gel Kapunan and co captain, Kailee Arce-Ignacio share a mantra  with their coaches and the rest of its members, "Laban, Team Pilipinas!" ("Fight! Team Philippines!" in translation). Along with numerous representatives from the Philippines, the Team Pilipinas flew to Orlando, Florida, USA and gathered at the Walt Disney World, Resort with a hope that they'd be able to bring home the beef.

As the competition went on, they somewhat had the feeling that they'd win but they stayed humble and just prayed to God to reward them based on what they deserve.

The team had won the silver medal coming second after New Zealand. Albeit the misfortunes with some falls here and there, the entire routine had been strong and gave justice to the saying, "The show must go on!" After watching all of these kids' routines, I was telling myself, "What vitamins are these kids on these days?" I was a cheerleader but it wasn't that intense during my time. Ha! But I'm proud of Ramon and the rest of the coaching staff for they were able to bring in these exciting elements in the cheer dance to make it possible for these executioners to excel.

Ramon had always shown leadership back then as he became a rehearsal master as soon as he became a senior of the UST Salinggawi Dance Troupe. When I was just starting to learn how to mount and dismount, a basic skill a cheerleader should possess to go further in the training, I remember very well Ramon being present already. He was one of the guys pushing newbies in perfecting their pushups. It's the sort like lifting a girl by two hands while lying down. Picturing that, cheerleading practices are not a joke at all. And if you think teachers and coaches could get strict as they train you up to a point that they don't care, that's entirely a lie. THEY DO CARE MORE THAN ANYBODY ELSE! They are just fulfilling their duty of bringing out the best in you that's why a certain level of "pushing" needs to be done. From time to time, they also struggle seeing the students undergoing stress.

Getting personal with one of the coaches, I asked Ramon how he handles situations like these. His family is important to him that his wife is the first one who gets hold of the information. Even the most recent achievement that he experienced, he called his wife first sharing the hunch from his gut that they have a chance to win the ICU championships.

Ramon had taught for quite some time now (had started in 1996 when he was still in his second year college) and has handled numerous teams. He currently is the team coach of St. Paul College, Pasig, High School Division that earned him 3 WNCAA Championship awards (HS Division) and is the Head Coach and Choreographer of the UST Salinggawi Dance Troupe where both of us had started dancing in. It's such an honour to handle a task of continuously moulding a group knowing that you started from the very same one.


From handling a lot of teams, Ramon had become honed to expertise as he became knowledgeable along the way. He continuously researches, continuously open to advice and inspiration and remains focused and determined to win each time. The task was daunting since winning the cheerleading competitions had become a big deal amongst schools. Most especially, University of Santo Tomas, who had held straight championships in the UAAP Cheerleading Mania.


Being able to serve back to where you came from is such a prestige but it often comes with great expectations. And the worst part is, the temptation to address these expectations build up crazily. With this kind of process, Ramon chooses to calm down, gets to work by squeezing his creative juices then works hard in making it happen. These undertakings were all a blessing in disguise. It had made Ramon ready for any kind of challenge.

From the coaches, to the dance captain, and to each and every one that compose Team Pilipinas All Girls Elite, it's undeniable that all of them had to deal with great expectations from colleagues of their own. In general, the fact that the team won Bronze last year was a challenge in itself so they were aiming to keep it or go farther than that. None of us are perfect. But, as shared by Ramon, the group had trained hard then prayed hard. They all have the same intention of dancing all for the glory of God, that every step they do, it'll all be because they want to give back to the people and spectators the talent that was bestowed to them.

With that being said, I asked Ramon how it feels that God had blessed them abundantly by being qualified, getting the routine finished on time, being able to perform internationally and most especially, winning Silver out of all the teams that had joined. He simply answered, "I'm blessed." According to him, he's most thankful to the entire process of how the team developed and had kept the faith towards themselves in giving their best. It's always a prestige for Philippine talent to be recognised abroad but with this success comes the hope in Ramon that his seniors, teachers and the entire Salinggawi alumni (and those by heart) would also be proud of what he had become. I was once part of the Salinggawi family and I, for one, am proud.

2. ELA LISONDRA - a Filipina being part of Miss Saigon ensemble